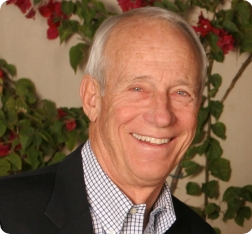 Bill Budinger is the founder of Rodel, Inc. where he served for 33 years as its chairman and CEO. Bill is an inventor, holder of more than three-dozen patents including key processing technologies that enabled the return of semiconductor manufacturing to the U.S. in the 1990s. Rodel is now part of the Semiconductor Materials division of the restructured DuPont Company.

Bill is also a founding director of the Rodel Foundations. He continues to serve on various non-profit boards including the several Rodel Foundations, the Public Policy Institute, the Aspen Institute Executive Committee, Third Way, and the Brookings Institute Governance Studies. Bill served for many years on the board of the Grand Canyon Trust and was a founding trustee for the Democratic Leadership Council and the Democracy Alliance.

Don Budinger is Chairman of Rodel Arizona, Chairman and founding Director of Science Foundation Arizona, founding Chairman of College Success Arizona, a founding board member of Tucson Values Teachers, Emeritus Board Member of Stand for Children and currently serves on the board of Greater Phoenix Leadership, and Basis Charter Schools. He serves as a member of the Southern Arizona Leadership Council, the O’Connor House Advisory Group and is a Lifetime Member of ASU President’s Club and served as a Trustee of Arizona State University.

Don has been the recipient of several awards including being named one of the Morrison Institute for Public Policy’s Distinguished Associates, the 2010 O’Connor House Community Leadership Award; an Honorary Doctorate degree in Humane Letters from Northern Arizona University; the “Science of Early Learning Award” from New Directions Institute; the “Horace Steele Child Advocacy Award” from Children’s Action Alliance, the “Outstanding Achievement in Higher Education” award from the Arizona Board of Regents; the “Homeroom Heroes” award from Teach for America and the “Distinguished Service” award from the University of Arizona College of Engineering. 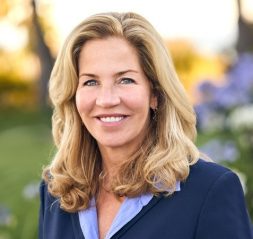 Susan Budinger is Vice Chair of Rodel Delaware. She is a passionate advocate for education and the emotional well-being of children and adults. Her business experience includes sales, marketing, human resources and general management. She began her career in advertising in NYC.

Susan is a founding board member of Authentic Connections, which supports the well-being of mothers in high demand careers and works to improve student well-being in high achieving secondary schools. She is a board member of the Hoffman Institute Foundation and the Transformational Leadership Council. She has served on the boards of the Arizona Community Foundation, the Arizona Early Education Funds, The Ellis Center for Educational Excellence, the Biltmore Bank of Arizona and Phoenix Country Day School. In 2008 Arizona Governor Napolitano appointed her to the Arizona P – 20 Council. Budinger has an M.A. in developmental psychology from Arizona State University and a B.A. in mathematics and economics from Hamilton College. 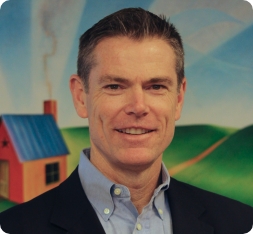 Paul has been president and CEO of Rodel Delaware since 2004. He is a founding member of the Vision Coalition, one of the nation’s longest standing public-private partnerships. The group works to transform Delaware’s public schools to world-class status. He also serves on a range of local boards, including the Metropolitan Wilmington Urban League and Delaware’s State Chamber of Commerce. Paul is a frequent speaker on the national stage. He is an Aspen Institute-NewSchools Fellow in entrepreneurial leadership, and a recipient of numerous national awards from Harvard’s Strategic Data Project, NewSchools Venture Fund (Change Agent of the Year), and the Policy Innovators in Education (PIE) Network. He is on the board of Grantmakers for Education and co-chairs the Education Funder Strategy Group’s International Working Group. Prior to his current role, he served as a senior manager at New American Schools, consulted with Brookings Institution, RAND, the U.S. Department of Education, and The World Bank. Paul has taught K-12 in the U.S., South Africa, and Australia, and co-founded an Outward Bound-based school-within-a-school in New York City which informed the creation of Expeditionary Learning, a national model. He assisted the secretary of education for two governors in Massachusetts during the wholesale redesign of the state’s policies on standards, choice, and finance. Paul holds a bachelor’s degree in biology from the University of Delaware, and master’s and doctoral degrees in education administration and planning from Harvard University. He and his wife, Dana, live in Wilmington and have three children that have had great experiences attending Delaware’s public schools. 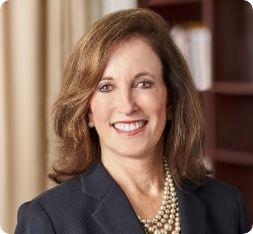 As President and CEO of Rodel Arizona, Jackie is responsible for promoting the vision and developing the strategies for improving Arizona’s public education system. Prior to joining Rodel in 2011, she served as Vice President of the Arizona State University Foundation. A lawyer by profession, Jackie was a partner in the Phoenix law firm, Gallagher & Kennedy. She also served as the Director of the Arizona Department of Commerce and as Deputy Chief of Staff to Arizona Governor Fife Symington. She obtained her undergraduate degree from Stanford University and her law degree from Arizona State University.

Jackie has served as a member of the board of directors of numerous organizations including Expect More Arizona, the Arizona Chamber of Commerce and Industry, ASU Law Society, University of Arizona College of Business and Public Administration and the Arizona Council on Economic Education.

She has been honored to receive the Paul Fannin award for “Outstanding Service;” the “Distinguished Achievement Award” from ASU College of Extended Education and the “Leadership Award” from the Arizona Girl Scouts. 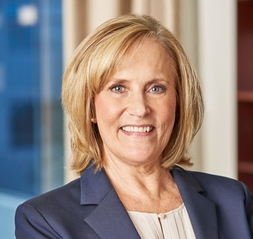 Corliss is the Chief Financial Officer of the Rodel Foundations. She manages financial reporting along with compliance requirements and regulations for Rodel Arizona, Rodel Delaware and the Rodel Private Foundation. She also acts as liaison between Rodel Foundations and the various community foundations with whom they interact. Corliss began her career with Rodel as International Finance Director for Rodel, Inc. She earned an accounting degree from the Carlson School of Management at the University of Minnesota. She is a member of AICPA and Arizona Society of CPA’s.